This past winter break, I experienced a different winter holiday than I am used to. I stayed in Toronto, in my residence, for the break instead of going back to Vancouver. Despite being in a new city for the holiday season, it was definitely a unique experience spending the holidays here in Toronto.

The holiday fun began during the last weekend of November. The New College Residence hosted a pillar decorating contest and a holiday dinner with the theme of Newville (a spoof of Dr. Seuss’ How the Grinch Stole Christmas) for the residence houses. The decorating contest was very fun as it gave me a chance to bond with my floor mates and create art, something I love but have not had the opportunity to do. I hate to brag, but my house, 45-8, won the pillar decorating contest. The Christmas dinner was delicious – it was very high quality even though we were just in our cafeteria. 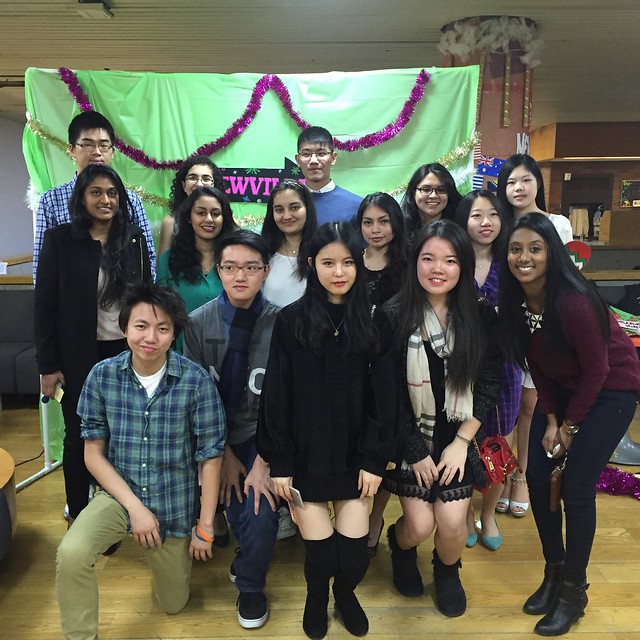 Following that fun weekend, it was officially exam season. Despite the stressful time, there were a lot of de-stressor events and support that took my worries off exams. I consider myself a lucky student because my two exams were done by December 15th. After that intense period of studying, I spent a few well-deserved days recovering. I was able to sleep in, go to the gym, shoot pool – but most importantly live without having to worry about exams. Once I returned my original state, I completed a Canadian Red Cross Standard First Aid course via the University of Toronto First Aid Association. The course was very interesting and I would definitely recommend it to everyone as this is valuable knowledge to have and you never know when you might use it. As Christmas neared, I was busy preparing presents, some to send to Vancouver and some for friends in Toronto. During my shopping trips, I was able to discover new parts of Toronto that I had not yet been to, such as The Fashion District, Koreatown and many more. As someone who has worked in the tourism industry, I took my adventures to a new level as I visited some of Toronto’s top attractions like the CN Tower, Ripley’s Aquarium and the Air Canada Centre. 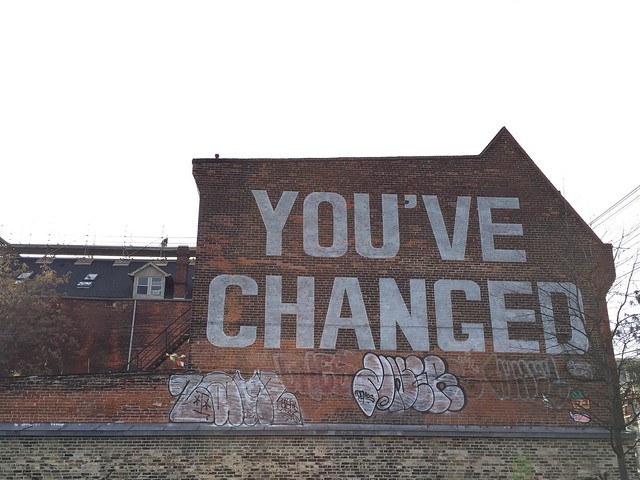 Some unique artwork I encountered when exploring Queen Street West.

When Christmas finally came, it felt unexpected. That might be associated with the lack of snow or Christmas decorations or the fact that I was shocked at how time had flown. I was disappointed because I was hoping to experience my first white Christmas this year. The good news was that Christmas was sunny and not too cold, so it allowed me to longboard to Harbourfront, as I like to surround myself with nature during Christmas. Besides admiring Lake Ontario, I was able to celebrate with my friend, Michi, who lives in the same residence building as me. Our Christmas was enjoyable; we exchanged gifts and ate Christmas dinner together before going to Nathan Phillips Square to surround ourselves with its jolly atmosphere. 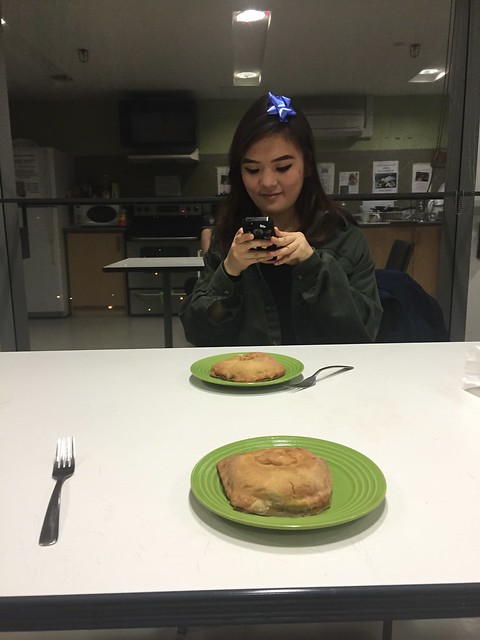 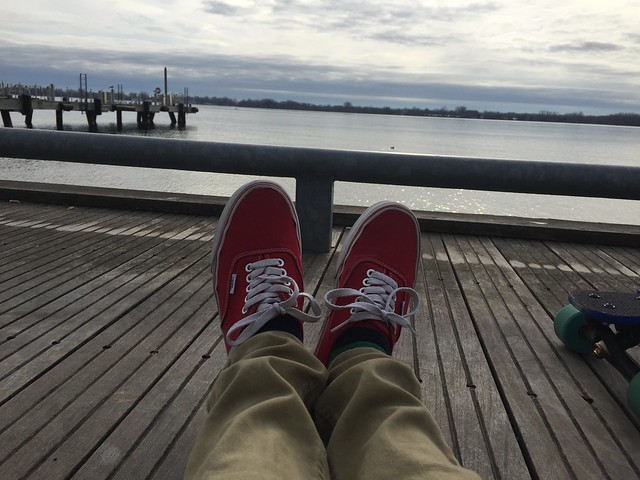 Before 2015 ended, I made three small trips. First, I went to stay for a day with my friend who lives in Guelph before his family and I went down to Buffalo, New York for a shopping trip.

To end the year, I went on a two-day trip to Montreal. Besides having a lot of fun partying on New Year’s Eve, Montreal is a beautiful Canadian city with a lot of attractions. Mont Royal, Notre-Dame, the Latin Quarter and the Old Port of Montreal were just a few of my highlights. The culture was great in Montreal too: you definitely notice the European impact on the architecture and the city; and of course the poutine was delicious there! 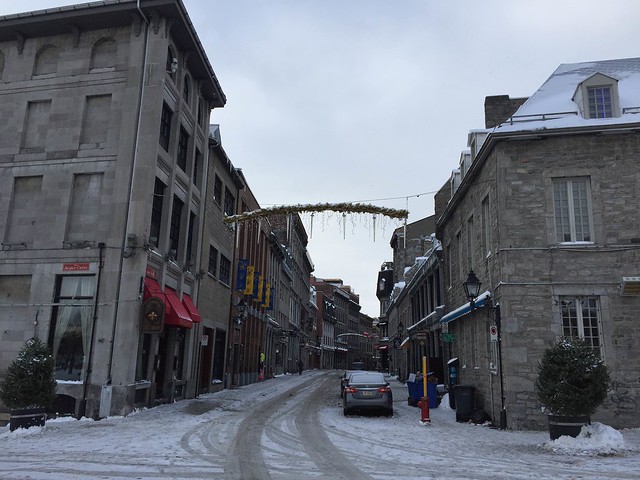 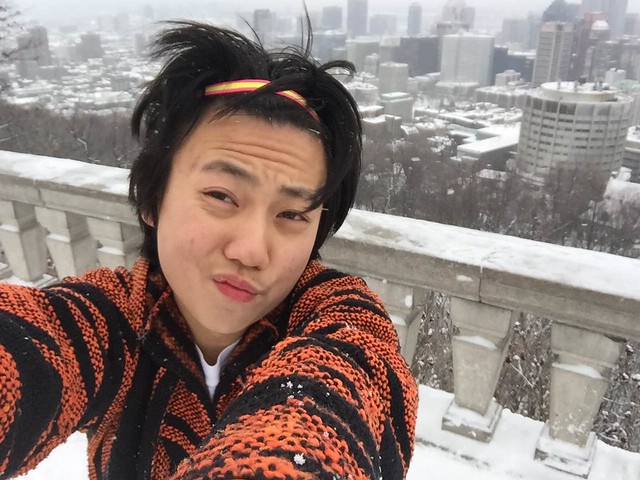 Selfie at the top of Mont Royal in Montreal.

This winter break has been quite adventurous. It allowed me to explore new cities and discover more cool places in Toronto such as Bloomer’s (a vegan café on Bloor Street), Snakes and Lattes, the Art and Design District and much more. I also got the chance to play in the snow when the snow storm hit Toronto, something I would have not been able to do in Vancouver. Looking back on my three weeks of holiday, I certainly made the most of it. 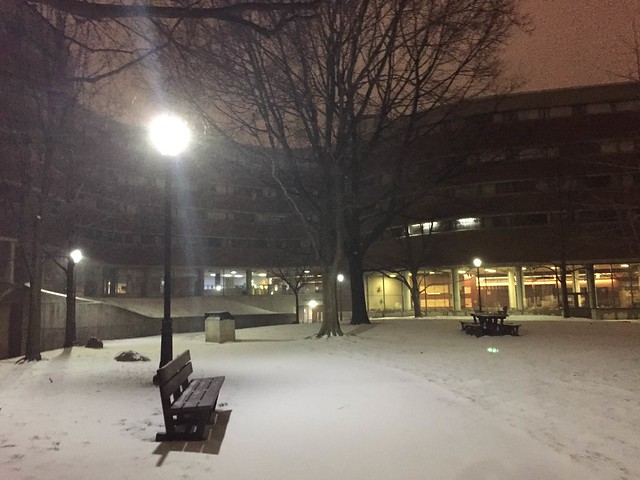 Now that I am done with my winter break story, tell me what adventures you got up to over the holidays!