Have you walked around the U of T campus late at night? If so, have you ever had the feeling that there’s a presence around but there’s no-one to be seen? I’ve certainly experienced that, and there may be good reason for it…

In the 189 years since U of T was established, there have been some tragic deaths on the St. George campus: it seems to me that we may have some ghosts hanging about here as a result. In this post, we will travel back in time to revisit the deaths that have occurred here – it’ll change your view of some parts of the campus, that’s for sure.

1900: Suicide of an innocent prisoner

Regis College, the Jesuit Faculty of Theology, used to be home to Robert Christie and his family. He inherited the home after the death of his father. The story has it that Christie kept his mistress hidden in a windowless room that was concealed behind the library paneling. The butler was the only other person who knew about the woman, as it was he who brought her meals. 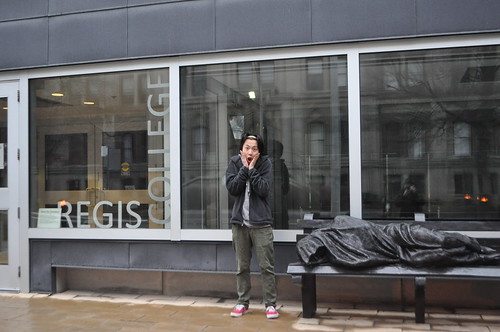 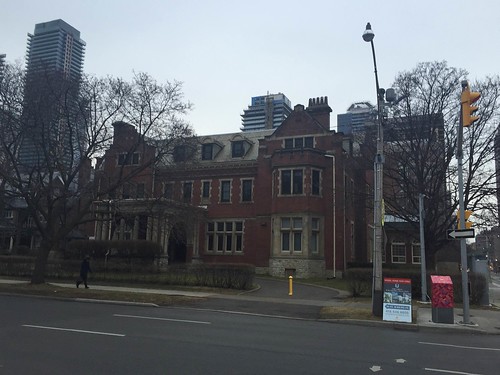 The Jesuit Faculty of Theology

It is said that the imprisoned woman ultimately went mad and hung herself using bedsheets, and that Christie’s butler buried the body in Queen’s Park. Eventually, Christie’s guilt and lack of money led to him selling the mansion to U of T. 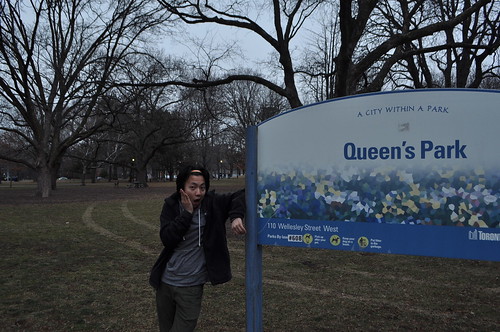 Could it be that the remains of the unfortunate woman are buried somewhere in Queen’s Park?

1930s: Accidental death of a repairman 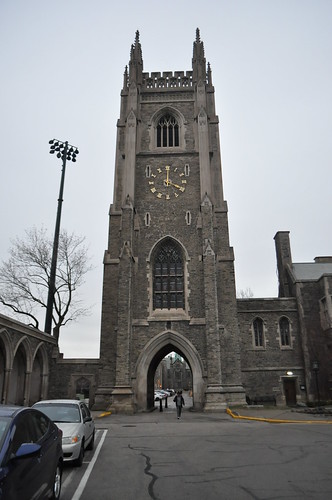 Completed in 1924, Soldier’s Tower, which lies between University College and Hart House, was originally built to commemorate those members of the U of T community who lost their lives in World War I. Another death occurred, however, at the tower itself. During the 1930s, a workdr who was carrying out repairs to the tower died in a fall from the tower. His ghost is reputed to wander near the tower.

In 1963 Robertson Davies, a novelist, was appointed as the first Master of Massey College, where he also lived. He would tell students ghost stories around Christmastime and is said to have informed his successor that he would come back to the college when he died. After his death in 1995, students claimed to have heard mysterious noises from various rooms around the college. 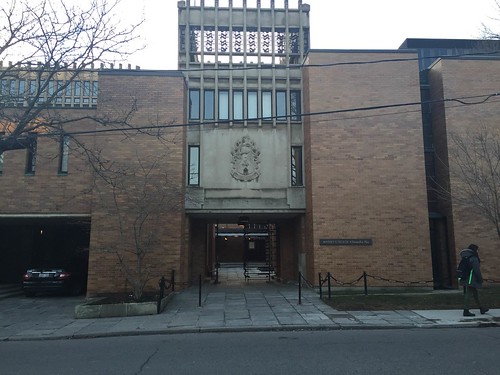 Before the John H. Daniels Faculty of Architecture, Landscape, and Design began the refurbishment of 1 Spadina Crescent to create its new home, the spooky-looking Gothic Revival building housed the department of fine arts and it was there that artist and visual studies professor David Buller had his office. One afternoon in January 2001, Buller was working at his computer when he was stabbed to death, his body only being discovered early the next morning by a caretaker. To this day, the motive and the identity of the murderer remain a mystery. Family and friends continue their efforts to keep the unsolved case in the public eye in the hope that justice will ultimately be served.

Comment below if you too suspect that some spots around U of T are haunted – or if you know of any other grisly stories about the campus.