New College - University of Toronto > Marching for a divestment future

Marching for a divestment future

Many people do not know this but the University of Toronto has been investing in fossil fuel from 200 international companies for a long time. In 2012, UofT350.org (a student chapter of Toronto350.org) was created to pressure the university to drop the stocks. Toronto350.org’s mission is to promote leadership on climate change: it pressures municipalities and federal leaders to take action on climate change in order to ensure a more sustainable society in the future. It encourages youth to take action to decrease the impact by their schools on climate. (Wondering about the name? Well, it references the quantity of carbon dioxide (CO2) in the atmosphere: CO2 emissions from burning fossil fuels trap solar heat in the atmosphere and increases the earth’s surface temperature. The UN Intergovermental Panel on Climate Change states that to limit atmosphere warming to no more than 2°C (to avoid catastrophic climate change), CO2 must not exceed 350 parts per million. The trouble is that right now we are at 400 parts per million. And that’s rising.)

On October 29th, Uof T350.org held a Fossil Fuel Divestment March on campus.  Close to 150 environmentalists marched from Sidney Smith to Simcoe Hall with the goal to show the University administration that we, students, are concerned about our environment and our future. 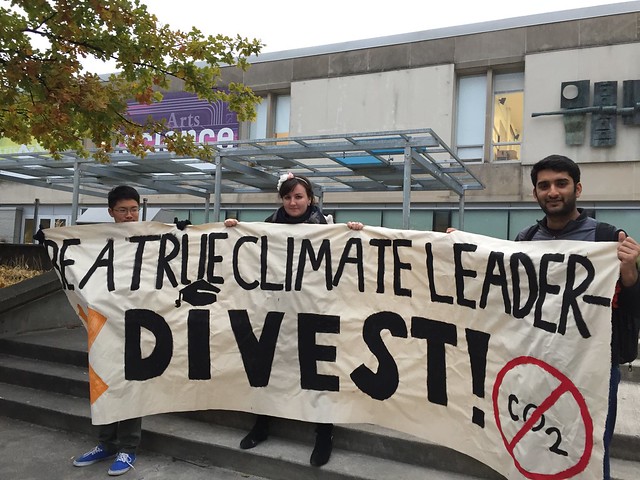 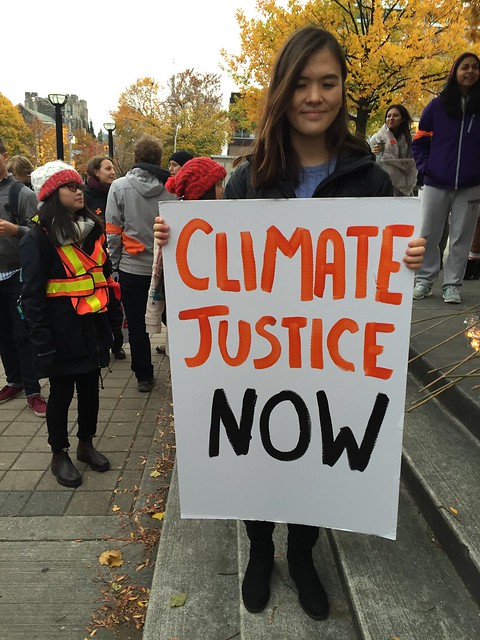 Before the march, I was able to interview Sam Harrington (a second-year engineering student) and Cait Harrigan (a first-year computer science student). Each of them played a big role in the march.

Despite not pursuing environmental studies, what motivated you to take part in this event and UofT350.org?

Sam Harrington (SH): I am very concerned about climate change. People have looked to U of T for advice and leadership for the past hundred years. We have never faced as big of an issue as climate change and we need U of T to help lead on this issue. We need to tell the governing council that students care about this.

Cait Harrigan (CH): I was at the march as a new member of UofT350.org. I’ve only recently moved to Toronto so being involved has been awesome. I think that divestment from fossil fuels is something the university should be taking as a serious concern.

What are some of the ways that people can support divestment?

SH: Get involved. Riding your bike instead of using a car is not enough – we fundamentally need to change how our society operates, and we need our university to stop investing in fossil fuels. So get involved with a divestment campaign near you!

CH: Come out to events like this! From there you can start hearing about different opportunities related to sustainability initiatives. There’s a steep learning curve at first, but don’t let it intimidate you.

In your opinion, why should all U of T students from all academic programs be concerned and aware of this issue?

SH: It is something that affects us all. Over 200 professors recently signed an open letter to urge the university to drop all the coal, oil and gas stocks.

CH: Divestment concerns everyone because it’s our money that U of T is investing and it’s our future that the investment is betting against. The fossil fuel industry is not a sustainable investment.  It’s important to be aware of what happens to the tuition we pay and understand what it means on a global scale.

The march was very well organized, everyone present had great enthusiasm. I hadn’t seen so much energy since Frosh. The signs were very catchy and had a lot of orange X’s, the symbol representing divestment .

There was great support from the University of Toronto Student Union and Climate Fast (a group striving to bring about the political will to take urgent action on climate change). The police were also present to ensure the safety of everyone on the roads. The best part was the large student attendance to this event despite the strong winds and uncertain weather. 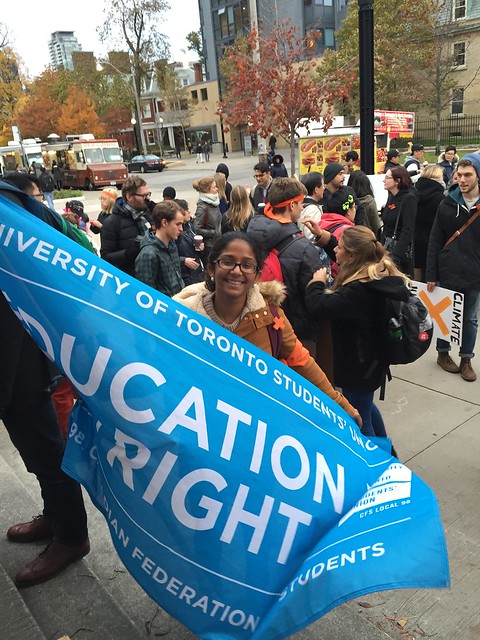 Support of the U of T Student Union 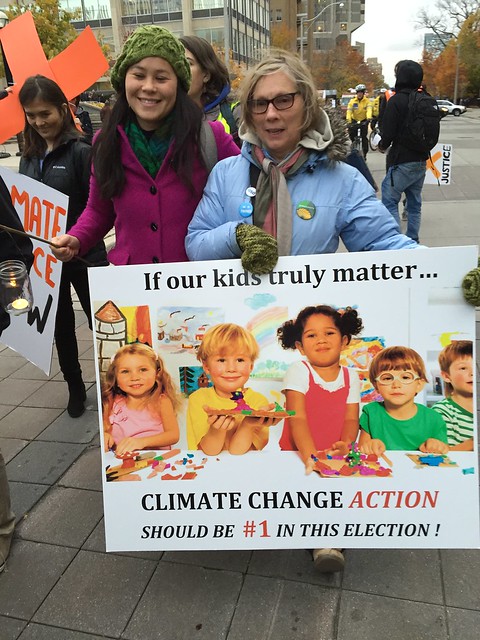 U of T president Meric Gertler has established an advisory committee on divestment from fossil fuels, which includes faculty members from earth sciences, economics, law, medical biophysics, philosophy and political science, as well as members representing staff, students and alumni. Recommendations are expected by the end of 2015, and President Gertler then has the responsibility of deciding the University’s future course on divestment.

I want to thank my friend, Cait for sharing this event with me. Climate change will continue being a big problem for us, so I want to challenge everyone to do something to take initiative on this topic. Comment below on how you will be the change! 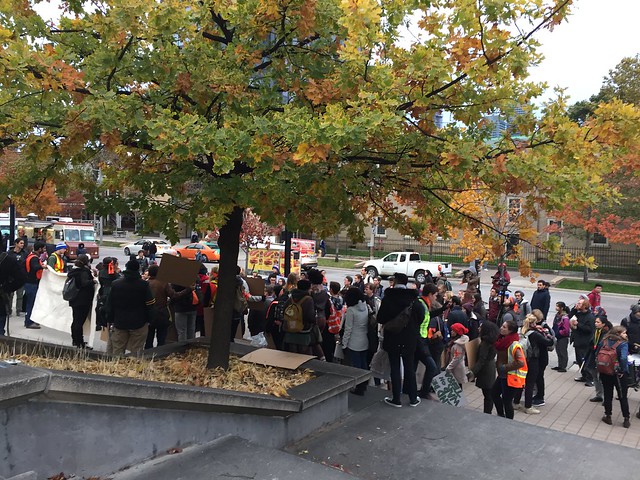 One Response to “Marching for a divestment future”